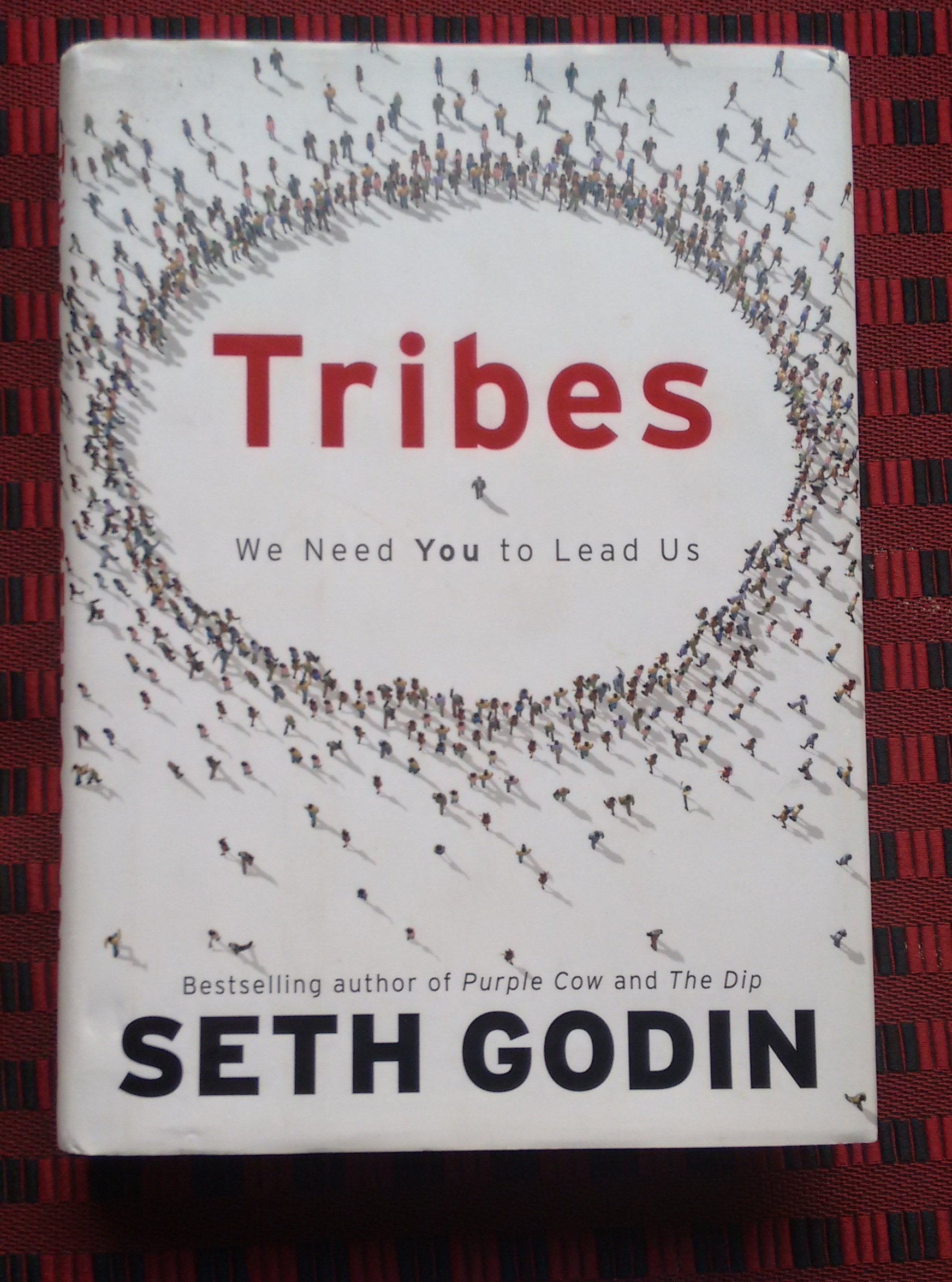 Generally when I go to Chennai, I would inform Natraj anna. Last trip was a flash trip and was not able to inform him upfront. Hence I could catch him at his home. It was Sunday and Karpagam anni was also at home. Natraj anna was starting to Delhi next day, as he was involved in Prime Minister’s Digital India project. He was explaining a lot of technical things related to IT. Veda was actively listening to him. Meanwhile Karpagam anni started to show her library and listed a lot of books. Mostly they were religious or management. She asked me to take a book for read and I took this book ‘Tribes’ by Seth Godin. Primary reason I took this book was that it was small and could be finished within a week, if it is interesting. 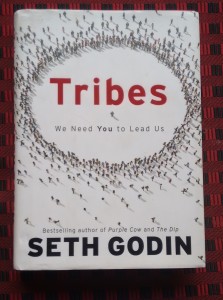 Tribes is a typical management book. This uses all the tricks and techniques that a management books use. Flow of concepts, explaining each concept and providing life examples for each concept. The experiences by the author are also listed across the book.

The book ‘Tribes’ talks about not just leading a group but having a tribe of your own. The leader would motivate people to achieve a specific target. But in case of tribes, like minded people unite and share their common interest. It could be cinema or some technology or some other thing that excites a group of people. The members in the tribe join together and take their interest forward. And here, this management book comes in. The book says that don’t be just a leader but have a tribe of your own. The tribe need not be necessarily big, but even small ones are just fine as long as all the members of the tribe are interested in the topic discussed in the tribe. The book advises that if you are good at something, do have a tribe of your own. The tribe members would spread the product or idea more actively than mere followers. Steve Jobs have created a tribe which is interested in Apple. The tribe is still active even after the one who created the tribe is no more. The tribe members create applications, products, environment, devices and what not with regards to Apple. This is one of the strong group that I have come across. Another tribe I have come across in my region is ‘Karundhel’ Rajesh, who writes about movies and Play Station video games. However, I see that his movie tribe is much stronger than his games tribe. Obviously in my state Tamil Nadu, a lot of people are interested in movies than Play Station video games, which are way costly. His movie tribe is very strong and  its members review movies, talk about screenplay, create memes, rate various actors and discuss a lot related to movies. Rajesh too keeps writing about movies, done a part in the screenplay of a Tamil movie called ‘Soodhu Kavvum’, published a book on screenplay called ‘Thiraikkadhai Ezhudhalaam Vaanga‘ and does keep his tribe members active with his writings. If you look around, you could find a lot of tribes and a person who had been the lead of the tribe – political (Narendra Modi), social movements (Mother Teresa), actors (Rajnikanth), cricket (Sachin Tendulkar), religious (forget it, the list is long) and a lot more tribes. You would find yourself in one of the tribe. Atleast of a tribe of parents who want to make their kid a doctor/engineer and earn a lots lots money.

Wait wait. I came here to tell about the book and drifted a lot. Let me come back to the point. As I said, I took this book because it was small and could be finished within a week, if it is interesting. The book was so engrossing that it did not took me a week to read, but just 3 months to finish the book.

Verdict: No need to read the book.