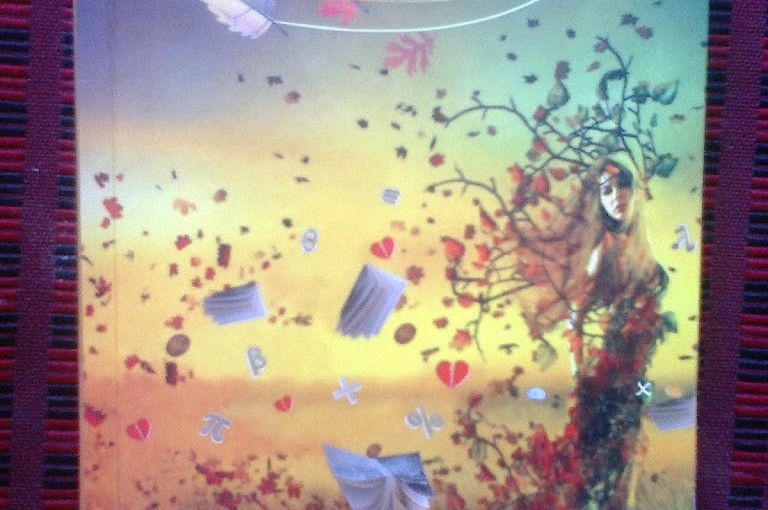 ‘Fall’ came to me for review.

As usual, I was working at my desk attending calls from businesses and assuring them, ‘All Izz Well’, with regards to their various concerns. A mail popped that I got a package from SBI Mutual Fund. I wondered as I had made no investments whatsoever in the last last few decades. When I signed and collected the package, I found this book ‘Fall’. And I recalled my friend ‘Cracked Pots’ fame Suresh Kumar suggesting me of a book written by his friend.

‘Fall’ is a thriller novel and is written by Vijay Raghav who works in SBI, Mumbai. The book was published by ‘Frog Books’ which is one of the imprints of ‘Lead Start Publishing’. Vijay had sent me a free copy. In any case, the book was rightly priced at INR 145 and in Infibeam is currently available at INR 104. I flipped through the book and found that there were poems sprinkled across the pages. It was not surprising as the authors earlier book is a collection of poems. The book was light and fonts right for easy read.

Generally, every thriller starts with a murder. Some clue is got. The breadcrumbs are followed. A motive is identified. And the culprit is nabbed. The success is when the author keeps the reader connected to the book, either by the story or by the way it is written. This novel is simple in English, and what kept me attached to the book is its story. There are a couple of love, couple of murders and a few friendships. The plot beautifully weaves a beautiful story with these incidents. Even those incidents that looked aloof, sit in its appropriate place in the story towards its end. Simple, connected and beautiful. Someone could actually try a movie based on this story.

When I flipped through the book for the first time, I found a lot of poems in between. Frankly I felt that the book may be a little poetic and yes, why hiding, a little boring. When I started to read I was actually skipping the poems. However, the poems started to make sense when I had finished the book. I flipped the book again and went through the poems. Now, after finishing the book, I am cherishing the poems. The poems does not sit with the format of poems, but the author gives a reasonable justification for this prose-poetry style. So don’t miss the poems. Even if you did, I am sure you would comeback and read them again atleast after reading the last love story.

The novel, to create suspense, has a little mathematical puzzle which I believe the author could have well got away with. The puzzle is interesting but I felt the logical mathematical puzzle a speed breaker in this emotional story. Some may like playing with numbers and like this puzzle. But, I was so engrossed with the love and murder and friendship that I was looking to quickly beyond this puzzle and proceed with the story. Clever thing about the puzzle is that the author has invented a special set of number rather than actually using any existing series. So no one can actually find fault or a loop-hole with the puzzle.

The plot happens, not in India, but in a foreign land. First, again like with the poems of the novel, I felt tough to get grasp of the land and its customs. The names of the characters had to be remembered. I kept wondering why a foreign land was chosen, and not India for it would have been easier for me to get connected with the story. The reasons are unveiled at the end. Because of the selection of the place where the story happens, I felt more connected more connected with the last love more than the first two loves. I actually started reading the poems after this last love.

In any story, there will be a hero, atleast if not a super-hero. He / she would be someone who could do anything and would be an intellect to solve any kind of problems. Notable point in this novel is that no one is a super-hero, not even the villain has any super power. There are characters who give in to emotions, characters who fail and detectives who take help. I very much like this aspect of characterization in the novel. There are more than 2 detectives, 2 policemen and so on. Every policeman / detective needs help. And this would be the actual case in real life. I think I would have not enjoyed the book had there been a super-hero who does all by himself. The characters are hence felt real and I could more connect with the story.

Short, packed with story, I would rather call ‘Fall’ an emotional story rather than just a thriller. I again say, someone could actually try a movie based on this story.

P.S.: Vijay and I have planned to meet sometime in Mumbai, which I am eagerly looking forward. Then I would get his sign on my copy.