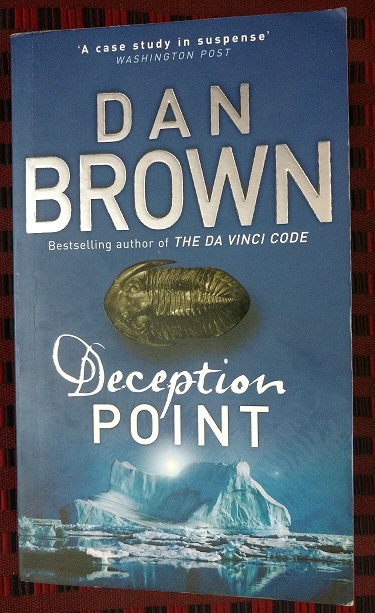 I had earlier read Da Vinci Code of Dan Brown. I was in Surat then and the movie was being released that weekend. My friend Saravana Prabhu asked me to read the book before watching the movie. So I purchased and started to read, just to finish it as quickly as possible. It was one of my first big novel in English as far as I remembered. Da Vinci Code was an excellent package that kept me pushing for each next page. After the read, the movie never made an impact on me. And I never got opportunity to read another Dan Brown, until I found Deception Point at my neighbour’s place. The book looked a fresh unsoiled copy and I felt that he had not read it, though it seemed to have been purchased long ago. I was wrong. He had read Deception Point in a single day and recommended the book to me. So I took it a couple of weeks ago.

Deception Point starts with a bang. In the middle of an US election to the post of President, the NASA unfolds a discovery. There are various stakeholders in this NASA discovery and the find could well decide on who becomes the next President of the United Status (POTUS), either President Zachary Herney or Senator Sedgewick Sexton. The book takes us along with Rachel Sexton to the Article Circle in a drama filled travel. Dan Brown knowledge of latest military technologies in the US administration try to keep us hooked with the book, but alas it does not serve the purpose of gluing us to the book. We are more interested in the story, rather than going awe for the technology. The NASA find is cherished across the world and the President makes a live announcement of the find, though the discovery was a big put off for a reader like me. Still wondering why I was not shrugged with the discovery. Post discovery, Rachel and her teammates are tracked by a Delta Force for a kill. The secrets about the discovery slowly unfolds one by one, as expected, while the Delta Force tries to eliminate the secrets. Finally the plot ends as expected and without much surprise to the reader. The book was unnecessary long for the plot handled and on the contrary, the climax was pretty rushed up. And yes, I need to mention the unnecessary portion of Rachel’s love affair. That does not add anything to the reader. For someone who expected another Da Vinci Code from Dan Brown, Deception Point is a certain let down. Having said that, Deception Point would still be a good read for a first time Dan Brown reader. 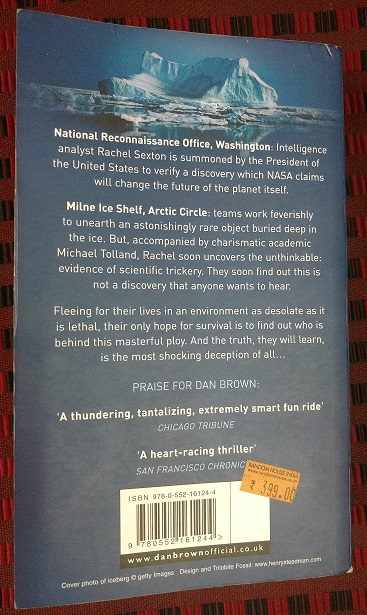