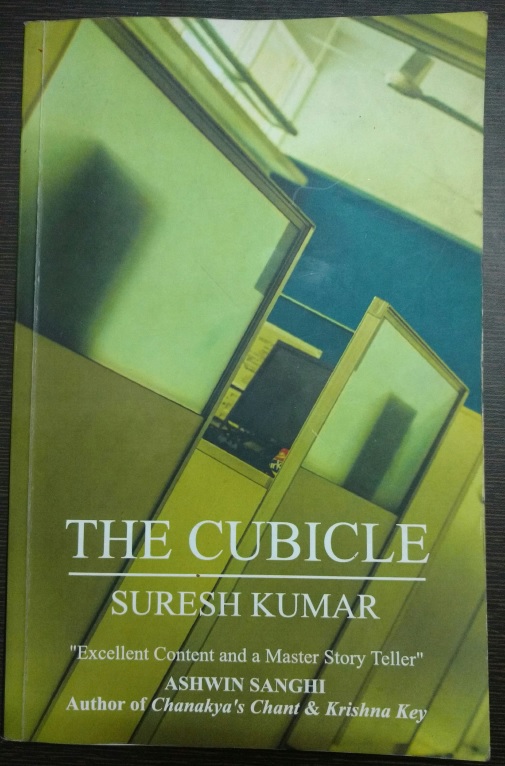 There are lies, damned lies, statistics and then non-fiction.

Few days after I had got Cubicle and completed reading it – being bored with routine work life and no promotion (long I realised that promotion and growth are mutually exclusive) – I was considering to apply for an internal advertisement within the company, in an attempt to change my role. Do not imagine a great development. It was just an attempt to change my desk from one cubicle on first floor to another cubicle on another ground floor. Still, the application and following interviews created an excitement in me. I was in a state of ‘how to go about with this application and interview’. I checked my anxiety with a common friend of Suresh and me, Prasad, who is in Human Resource. He advocated simply, ‘Have you read Cubicle? Just follow the resume preparation from it man… And the interviews are no different than those briefed in Cubicle… Cheer up man…’

The Cubicle is a very corporate term. Per Wiki, a Cubicle is a partially enclosed workspace, separated from neighbouring workspaces by partitions that are usually 5–6 feet (1.5–1.8 m) tall. The purpose of a cubicle is to isolate office workers from the sights and noises of an open workspace so that they may concentrate with fewer distractions. Ironically, in a corporate where there is a lot of emphasis on teamwork and where they advocate on open office culture.

The Cubicle is Suresh’s second book. First one was Crackedpots, a excellent collection of short stories that I cherish in my library and yet to review. Suresh wrote Crackedpots based on real life incidents, though he claims the characters to be fictitious. However, Suresh claims this book Cubicle to be fictional non-fictional satire. While going through the pages you could not stop but to think if Suresh really went through all these incidents. Yes, the book and the writing would make you believe that the experiences are real. The way the incidents are told puts Suresh as a great story teller. The way the various points are listed out establishes Suresh as a great observer and as one who can put his observations with satire. Every section of the book would remind you of an incident in your office, even if you have just got a year experience in corporate. If not, man, you are leading a dull life at work and you definitely need to change your work life.

Let me reveal the story. It is about Suresh joining an IT company and in due course, the experiences he faces during his tenure there. Sounds simple? But then, yeah, Cameron’s ‘Titanic’ too is just a love story. There is nothing with the story in this book, but just about the way it is told. The book in the beginning suggests that it is for you if you have certain syndromes. As the list extends to a couple of pages, I randomly picked a few below:

After reading this list in the first chapter you must be well aware of how the book is going to be and could brace yourself for the fun ahead.

The book starts with how Suresh cleared his MBA exams with flying colours and how just only he scored a centum in first semester financial management paper (which he still believes to be a national record / just a medical miracle). This even after he got the question paper leaked and he sharing the same with all others in the class, well of course, with a hidden clue. And how he then conceptualised Cubicle.

After being convinced to choose the IT industry, preparing resume, focusing on ERP and finally managing to arrange for an interview with an IT company, Suresh hits the company on a Saturday. You should read what they discuss at technical interview and how salary is negotiated. Technically, Angry Birds played a major role in his salary negotiations.

Then unfolds Suresh’s first day as an IT employee, the company bus travel, entry into the campus, formal inclusion and the HR induction presentation. This section also has a list called ‘The inevitables of a Corporate Presentation’ which you would experience in your day-to-day corporate life. [‘There will be at least one person, who will be taking noes about the presentation, not realising that he / she will get the copy of presentation by mail later on’].

Later Suresh is assigned one of the most important task of the IT industry – generating and submitting reports. We are as involved (or as bored) as Suresh himself with the job and start looking around. About canteens [‘Probability of two girls wearing the same dress – Zero’], mail cultures, getting Credit Card offers, using Google, leveraging with Viruses, Rest Rooms, Shoe Sounds and eventually becoming a Star Performer. Not to mention on how to clinch an onsite offer or actually avoid it, since the country is Nigeria. There is a list about people who return form onsite.

This list extends to around four pages, with an ending note on how to identify a fresher.

The next chapter is about different projects and the way they are named. Projects are assigned with God’s names and yes there are rules here too extending for a couple of pages. Few below:

Then there is an entire section about the office bus, its comparison with garbage truck and ways to occupy a seat in office bus along with some 6 case studies. One section about troubles that occur in office Laptops and the IT service team handling it. Along with it comes about a trouble faced in the elevator operations which eventually had an employee present a paper on the ghostly DODC Effect (Door Open Door Close) in an international symposium, leave his IT job, went on to do research in supernatural powers in US, secure a doctorate degree on ghosts and eventually end up discussion with a leading Hollywood film production company. Everything you do around office is discussed sarcastically all along the book.

When you near the end, you would realise why Suresh was actually been recruited in the company, which is again a funny twist all by itself.

Do read it if you work or plan to work in a Corporate. Have fun. 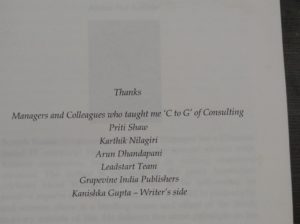 Having said all that, in the Thanks page of the Cubicle, the author Suresh has thanked all the managers and colleagues (including me) who seem to have taught him the ‘C to G’ of consulting. Whenever the time permits, or is favourable, I have to ask Suresh if the C refers Ch***ya and G refers G**du.

Whatever. We did discuss, but I didn’t teach him anything.

Verdict: Collect in your library. 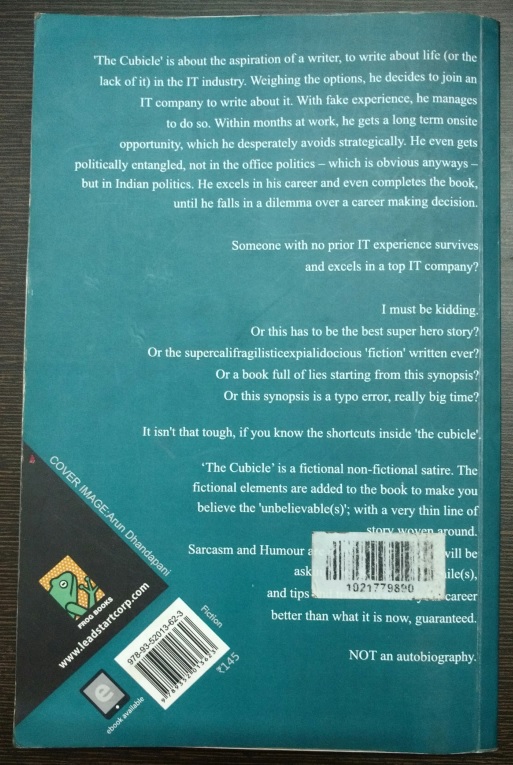