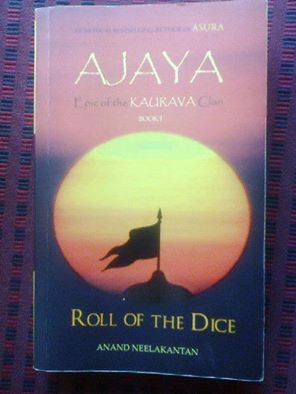 Ajaya – Role of the Dice

Mahabharat have been told in a number of ways by a number of people… Yet the story never cede to capture a reader’s attention… And no wonder its my favourite story too… The difference in here is that its told from the view of the lost, the Kauravas… Frankly the book is of neutral view… Hence I loved it even more…

The English is simple… I found just 5 mistakes in entire book – 1 spelling, 2 grammar & 2 punctuation… The flow is beautiful… Dialogues are of different views… Its interesting to see Krishna as bad guy, Yudhishtra incompetent, etc.

Verdict: Preserve in your library