I was born in an era when phone’s speaker and mike were still connected to keypad through cables.

Telephones in those days were good for some reasons. They had no battery problems. They had steady supply of DC power. Telephones worked even during power failure which was a great technical marvel during my childhood days. What more, there was no separate electricity bill for Telephones. Further great thing was that it had no connectivity issue or signal problem. We did not need to run to balcony or to the highest possible point of your building for a conversation. Nobody would steal a telephone. The telephones were connected to a cable. There were no wakeup alarms in phone. Telephones were kept in a respectable place in a home and a child would not play with it. Anyway they were too bulky for a child to handle. People could not disconnect a call without picking it up. There was no caller-id either. A telephone in a home was for everybody in the family, needless to say, including the neighbours with a radius of 5-10 houses. More importantly, there were no spectrum allotment issues.

Having a telephone connection in a home was a prestigious issue. Some used to include telephone connection in the list of dowry. Once a connection is made, people used to give their number to their neighbours first, even before writing it to their relatives far away. Arrival of telephone was as good as a new member joining. Some would invite neighbours to their home for a cup of tea and biscuits. Obviously the neighbours will find the telephone in the hall and enquiry will start about. The owners would tell the benefits of the telephone. I knew an aunty who used to boast that her telephone would never ring when she is asleep or away to market. I didn’t doubt on how she would know even if it rings. Others have better way to announce the arrival of telephone in their home. They would just make a call to a random number. The ‘HELLOOOOOOOO’, they say, would reverberate across the area. This sonic boom will make sure that the telephone arrival is intimated to neighbours in a prompt way.

Those who did not have telephone at home, like us, depended on government. We were in Calcutta (it was still Calcutta then) when I was 4-8 years old. We stayed in Lake Gardens and used to visit the telecom office at Prince Anwar Shah Road to book a trunk call. Back home in Madurai few had telephone connections. We used to book a call and wait till call was allotted to us. We made a lot of friends with those other Tamils who also booked and waited for a call. Once we get a connection, we used to talk so loud that we generally had to have glucose water after the call.

I don’t know what Sam Pitroda advised Rajiv Gandhi. Telephones started to boom in cities. We started seeing telecom people opening a cupboard on the road side, pluck a bunch of wires from it, connect a couple of wires to his telephone and talk ‘Do you hear me? Do you hear me?’ Some used to climb all the way above a post to make such calls. These guys had a peculiar phone, with dialer on the earphone. Telephone exchanges were booming. Trunk calls turned to STD-Subscriber Trunk Dialing. Any cinema would show a boss of a company with 5-8 telephones (in various peculiar colors) on his tables. We still didn’t had a phone at home but dad had one in his desk at office. Inland letters (generally called England letters) were slowly being replaced with Telephones. But phone calls were still costly.

When we roamed around Calcutta, Mumbai, Delhi, Kovilpatti, Vedaranyam and came back to Madurai, we applied and got our own telephone. They were called ‘landlines’. I was 13 then and had no geek friend to share my telephone number (0452-2642117). Our telephone sometimes used to go ‘dead’. We would immediately complain the telecom department for its revival. Sometime when I was 15, we changed our landline, from a set with a dialer to a set with keypad. Landlines were everywhere. Different sets used to flood the market. Some peculiar sets like train, pencil box, banana(!!), house, etc. Call rates started to drop. I suspected this when I saw a movie, ‘Azhagan’, in which Mammooti was seen talking to Bhanu Priya the entire night on phone. I confirmed it when Ajith, in ‘Kadhal Kottai’, used to call Devayani (can you believe? Devayani!!!) over phone and ensured his eternal love.

We started to hear of mobile phones when I was 17-21 and in college. But we were still using the landlines. I used to call my parents regularly from local STD-ISD-PCO booth or they used to call me at our college students centre, where a common phone was kept. These calls were mostly late-night calls, say after 10 PM or so, mainly because the rates were cheaper then. Daytime calls were still costly. Telephones started to function as Fax machine too. And telephone department too developed. They appointed a lady to inform if the person you dial is busy or the line is bad or if you had dialed a wrong number. She generally had a bad voice, kind of Saroj Narayan Swami’s of All India Radio.

I saw a first mobile phone in the hands of my cousin Vimala Devi. She had recently dumped her Pager to buy a mobile. Leave alone making a call, she would not allow us to receive them. Incoming calls were also billed then. I believe it was Motorola handset and was about the size of a pencil box. Carrying it everywhere you go, is a pain. However, there were other auxiliary uses for it, as personal protective equipment. My cousin once hit a chain snatcher with her mobile that made him go unconscious.

After college, when I was jobless, I used to stay at my cousin Naaga Nandhini’s place in Mumbai, hunting for job. I used to furnish my resume with my cousin’s landline number. I joined as a contract employee with Mahanagar Gas Limited and later Reliance Industries Limited. Still I was relying on the landlines. But by this time there were so many public booths for making phone calls. Yellow color PCO cabins adjoined every pan shop. One good thing was that a lot of physically challenged people were employed.

Sometime then a revolution happened – DAPO, Dhirubhai Ambani Pioneer Offer. A dream of Dhirubhai to provide phone calls at the rate of post cards. It was introduced to us when I joined Reliance as a Graduate Engineer Learner. Many bought to show loyalty to company they have just joined. Remember, we were in probation and had to show loyalty to company in some way to ensure permanent job. I decided to stay away as to cost of the scheme, along with handset, was around INR 21,000. It was a good two month take home salary. The mobile handset offered were of LG / Samsung, silver colored plastic body, blue color monochrome screen, 16 ring tones, 6 screen savers, 2 games, etc. It was using CDMA (Code Division Multiple Access) technology and didn’t have a SIM card. There were no incoming charges but still the outgoing charges were high. Reliance to Reliance costs were free for 400 minutes per month, but the rental would take care of it. Overall it was looking lucrative but a simple calculation would show that they were costly.

I didn’t require a mobile either in Mumbai, Goa, Jamnagar, Baroda or Surat. But when was posted in Reliance’s Petro Retail, I had to roam across North India for a year, stretching from Sanouli border in East to Wagah border in West, and later in Andhra Pradesh for 3 months. I used to stay in hotels and was not in a single hotel for more than 3 days. Mobile was required. Meanwhile Reliance mobile offered handsets as pair, INR 500 apiece. Dad was innocent. He fell to the trap and bought a pair of LG mobiles. He had one and handed me over another. That was my first mobile. I since then changed from LG mobile to Nokia 1200, Samsung Guru, Nokia 1108, Motorola KRZR and now Nokia E71.

Motorola, the first handset I saw, is no more in market and other companies started to flood in India. Nokia was primary. Nokia phones were cheap and bulky. They were rugged and would be reassembled even if it broke on any fall. Following Nokia, many known and unknown companies started to rush in Indian market. Everybody had mobile. Everywhere there were mobiles. Landlines started to go silent slowly. Many mobile service providers flourished – Airtel, Hutch, Reliance, etc. Smart phones were introduced. Internet came through mobiles. The entire market scenario was changing. Equipment changed. Technology changed. Services changed. Prices changed. Usage pattern changed. Access changed. But the mentality of the consumer was still the same.

Telephone to mobile is seen by me as a great change in shortest span of time. 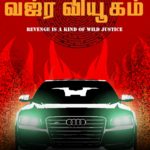 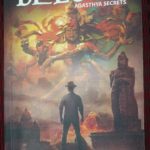 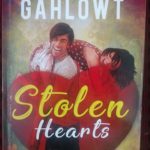